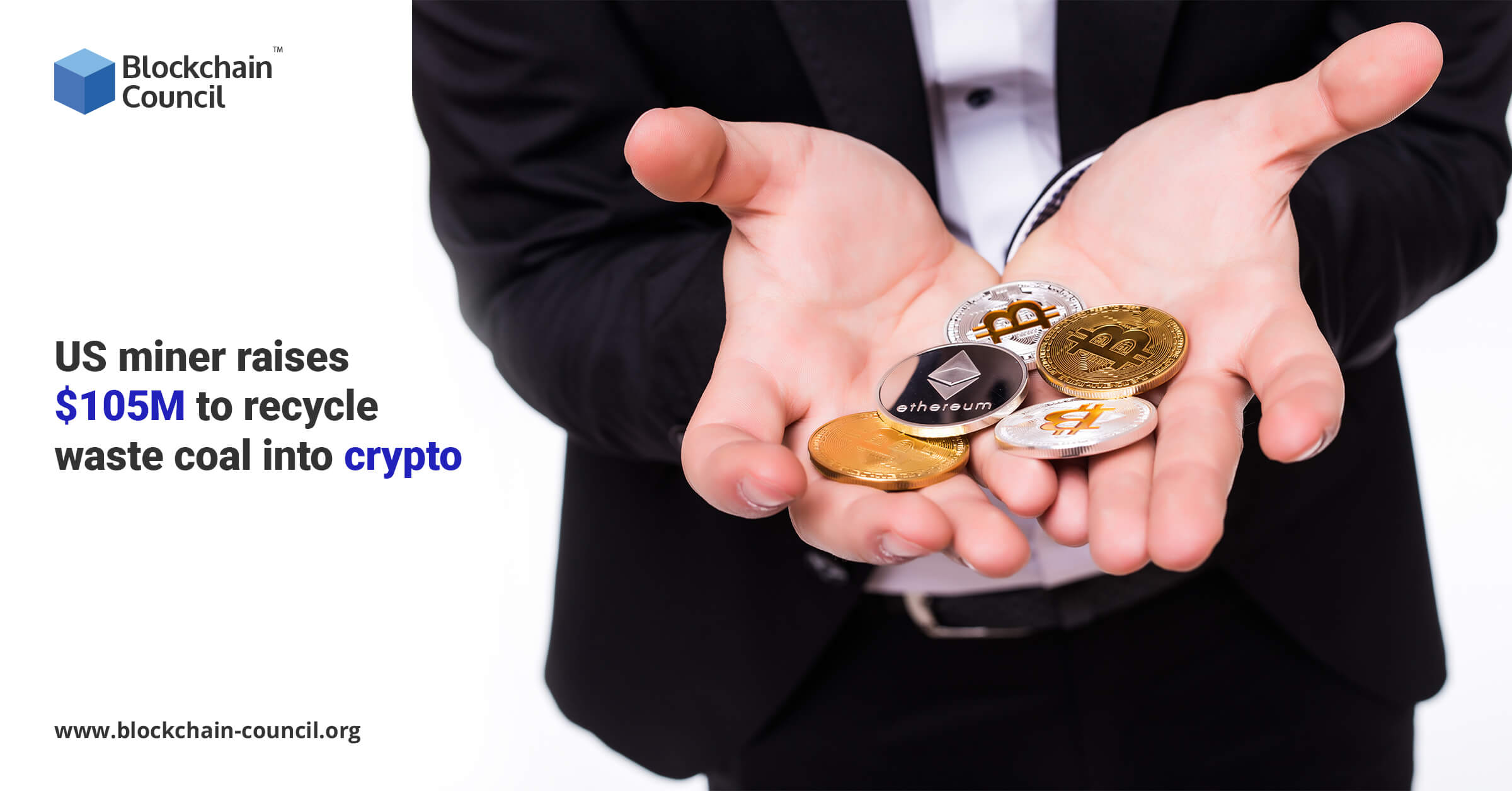 The US miner company Stronghold announced a total raise of 105 million dollars to support techniques to recycle coal waste during bitcoin mining.

The huge raise became possible as the Bitcoin community is becoming more and more environmentally conscious.

The announcement of Tesla regarding resuming the bitcoin payments has compelled the Coal-powered mining industry to consider environmental aspects of the processes.

Stronghold, a digital mining firm based in Pennsylvania, has recently shared a statement to the news media that the company’s very first power generation infrastructure, “The Scrubgrass Power

Generation Plant” uses coal waste to produce energy in order to mine cryptocurrencies such as bitcoin. The

The company also mentioned that the scale of power generation by the Scrubgrass power plant situated at Venango County is equivalent to a big-scale hydropower generation plant.

The waste coal that the Stronghold company recycles is assumed to be the result of coal mining operations in the 19th and 20th centuries. The power generation methodologies of the company enable it to restore vast regions of land that were previously wrecked due to the coal acid drainage (AMD) caused by the accumulation of coal waste.

AMD can be described as a cycle in which snow or rain gets mixed with the sulfur elements of the coal waste. This poisonous mixture then runs into water passages, thereby affecting marine life. Stronghold company has shown a desire to donate rehabilitated lands back to regional communities.

Statements from the Co-chairman of Stronghold

In his recent interaction with the news media, Bill Spence, co-chairman of stronghold company, has said that the poisonous gases from burnings of coal waste have always been a devastating issue for Pennsylvania, his home-state, since the past hundreds of years.

He continued by saying that they only utilize advanced crypto mining procedures with an aim to remediate the unpleasant effects of coal mining operations of the 19th and 20th-century in many of the environmentally overlooked areas of the United States.

Furthermore, the Stronghold has given out an estimated report regarding cryptocurrency mining done by the company; the report states that they eliminate around 200 tonnes of coal waste for every cryptocurrency it mines.

Till present, Stronghold has reportedly restored Pennsylvania land of around 1000 acres that were previously enlisted under the category of unusable lands by working in a coalition with some active regional environmental authorities. Not only has the company successfully removed more than 98% of NOx, mercury, and SO2 emissions, but also the company’s production procedure generates fly ash that can be employed as a fertilizer.

By 2022, Stronghold strives to get 28,000 plus cryptocurrency miners operational and is planning to have facilities with the potential to generate more than 200 megawatts of electricity.

LIVE WEBINAR: The role of policy in the successful development of CBDC

LIVE WEBINAR: The role of policy in the successful…